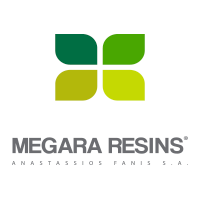 Megara Resins was established in 1961 by Anastassios Fanis and has initially functioned as a unit which produced gum rosin and turpentine from Greek crude gum.

The production of alkyd and acrylic resins as well as new improved gum rosin products and specialties for the concrete and pulp industry flourished during the 90’s.

In 2011 Megara Resins started the production of saturated polyester resins and additives for Powder Coatings. three years later, in 2014, Megara Resins established company AKFA, via the acquisition of the manufacturing facilities of former Interchem/Neochimiki plant.